Happy House of Cards Day. I hope you all enjoyed your day of leisure yesterday. Me, I made banana bread. So, yeah, it was a good day.

I bring tidings of your next assignment. It is this:

If you’re in the market for a soup or cereal spoon (and why wouldn’t you be), I recommend getting a Windermere. Go to Brooklyn Kitchen to get one, though; they’re only $2.50 there. Plus while you’re there you can get a tiny cast-iron skillet! And if you’re in the market for cereal itself, I recommend getting Waffle Crisp. If you find some on sale, let me know. It’s above my budget, usually. Apparently Post makes a lower-cost version now called Waffle Crunch, but I’ve never had it so I can’t vouch for its worthiness.

Oldenburg is a pretty cool dude; back in the 60s he set up shop in the LES selling his sculptures out of a storefront, presenting them like a regular old vendor would his wares. 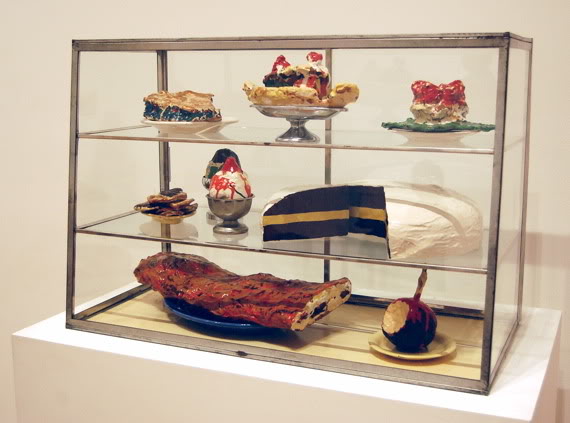 Classic Claes! One of his later works, Typewriter Eraser, Scale X is in the Sculpture Garden of the National Gallery of Art in Washington, D.C., which is a good place to visit if you’re ever in our nation’s capital (especially since it’s free). There’s also a tight Roy Liechtenstein there called House I:

In honor of St. Valentine’s Day, a reminder:

“Love is not something that you can put chains on and throw into a lake. That’s called Houdini. Love is liking someone a lot.”