Yeah so the assignment is up it’s been up for a little while so maybe you’ve seen it already but maybe you haven’t but in any case it’s there in the Assignments tab right where it should be and the solutions to the first homework are up there too so have at it.

Look, if you didn’t already check to see if the homework assignment was posted, I don’t what to tell you. I said it’d be up before Jeopardy! and it was. That’s cos I keep my promises. I know what you were thinking — “ayo where’s the promised email heralding the posting of homework 2” and I appreciate your concern. I didn’t get it up right after class because I had to go to the bike shop to replace a tire that was done in by what I can only assume was a dastardly act of sabotage. 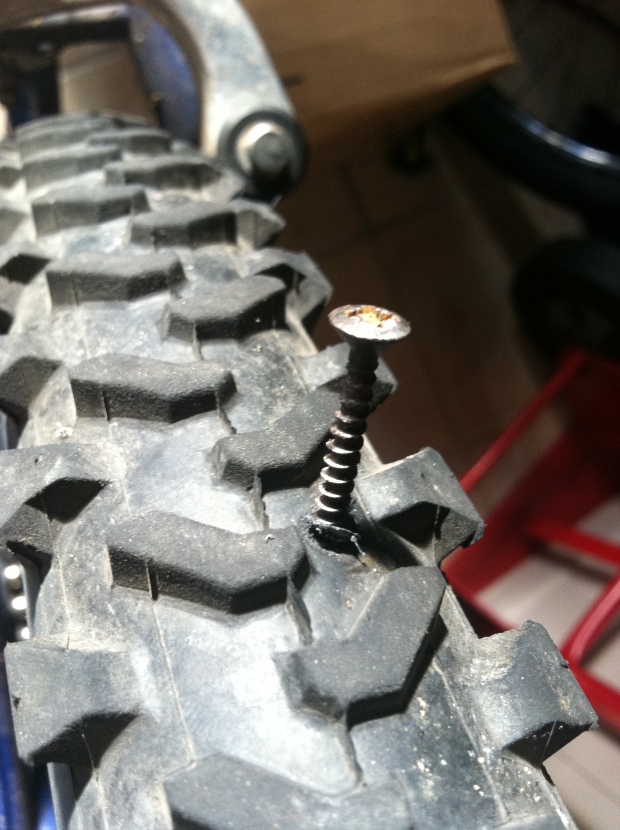 Cycling is a sport that’s really been undone by cheating. Even outside of the fallen hero Lance Armstrong the sport has been wracked by scandal. Pretty much everyone was doping in the recent era, so at some point it becomes somewhat useless to even try to suss out who the rightful champion ought to be. If you ask me, they should just retroactively award all the trophies to the guy from The Triplets of Belleville.

Maybe that’d cheer him up. Probably not, though, because he’s a fictional character and the movie’s already been animated. But what does it mean to cheat, anyway — who decides? The famous Arnolfini Portrait by Jan van Eyck, which hangs in the National Gallery in London, is renowned for its magnificent detail as well as its strikingly quotidian subject matter; though scholars continue to debate the exact purpose of the painting, it seems to portray a betrothal, marriage compact, or other legal agreement between the couple:

In any event, the depiction of such a commonplace scene was virtually unheard of in 1434, when the painting was made. (Incidentally, Van Eyck signed the work like a true G, in large cursive on the wall of the room, writing “Johannes de eyck fuit hic 1434” which is Latin for “Jan van Eyck wuz hurr 1434”.)

The Arnolfini portrait is also noted for its remarkable representational accuracy. It is one of the key works used by artist David Hockney and physicist Charles Falco to advance their thesis that the great strides in artistic realism achieved since the Renaissance were made possible by the Old Masters’ use of optical aids such as the camera obscura, camera lucida, and curved mirrors. The Hockney-Falco thesis proposes that van Eyck wasn’t simply free-handing such a technically accurate representation of the chandelier and the non-Euclidean geometry of the convex mirror, but rather that he made use of such devices to achieve previously impossible precision.

The thesis is based largely on a purely visual argument, as no historical records indicate the widespread use of technical aids. Unsurprisingly, it has come under much criticism, both from art historians, who take umbrage at the suggestion that such great artistic advancements could be due simply to crafty use of tools, and from optics experts such as David Stork, who has argued that the chandelier in the Arnolfini portrait would in fact look much different had van Eyck made use of a curved mirror, as is claimed by Hockney and Falco. I personally don’t set much store by the theory, especially after reading a bit of Stork’s arguments, and while I find the debate interesting, I don’t much care whether it is ever settled. What’s more intriguing to me is not the veracity of the claim (which veracity will likely never be certain) but a consideration of the implications if it were true. Would it really matter if van Eyck made this masterpiece with the assistance of optical tools? It is still the same paint on the same canvas, in an arrangement that you may find beautiful or boring, inspiring or insipid. How it got there is an interesting question, but I would not discount the artistic merit of the piece based on the answer. Not that I think Hockney or Falco do, but some of the negative responses to their thesis are from people who seem to be quite frightened of the consequence if it were true.

I first heard about the Arnolfini portrait while translating a poem of Roberto Bolaño’s called “Los detectives helados” (“The Frozen Detectives”), from his posthumous collection The Romantic Dogs:

I dreamed of frozen detectives, Latino detectives
who tried to keep their eyes open
mid-dream.
I dreamed of horrible crimes
and diligent guys
who took care not to step in pools of blood
and at the same time to take in with a single glance
the scene of the crime.
I dreamed of lost detectives
in the convex mirror of the Arnolfini:
our age, our perspectives,
our models of Terror.

That’s a hurried translation that I just did; my more careful and considered one is on a hard drive somewhere. Bolaño was big into detectives, for some reason; his breakout novel was called Los detectives salvajes  (“The Savage Detectives”), though the title characters are not private eyes but rather poets (they are on a search for a missing person, so they do have detective-like qualities).

Ah, but I shouldn’t mention David Hockney without including some of his works, too, as he is much more notable as a painter than as a scholar. This one (the charmingly titled “Large Interior”) is in the Metropolitan Museum of Art; go see it, you lazy bum.

Hockney has always been all about swimming pools; here’s “A Bigger Splash” from 1967, which I believe now hangs in the Tate Gallery, London:

And “Portrait of an Artist (Pool with two figures)”, which I am pretty sure is in private hands somewhere:

Tools can be useful, but you have to treat them right:

“If you go through a lot of hammers each month, I don’t think it necessarily means you’re a hard worker. It may just mean that you have a lot to learn about proper hammer maintenance.”